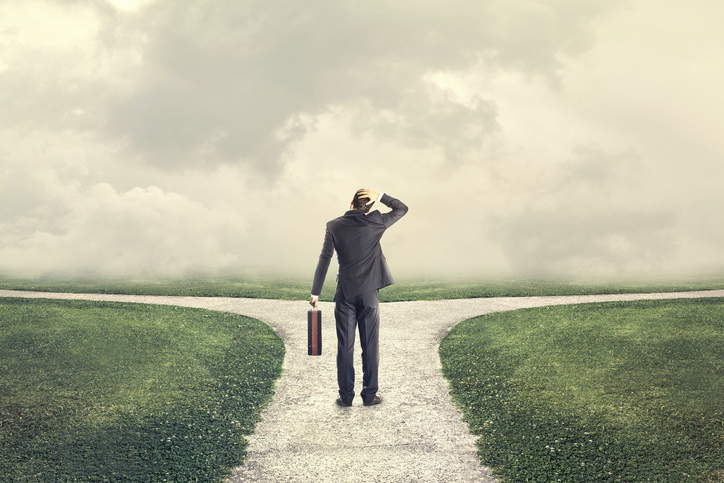 For people going through career transitions, it often feels as though their very survival is on the line. For others, it’s an opportunity to explore new avenues and discover opportunities. If an individual doesn’t have a paycheck or other source of income during a transition, it can seem like some of the most fundamental needs – food, clothing, and shelter – are at risk, and in some cases, they are. Although career transition may be a critical event in a person’s life, organizational restructuring and downsizing to meet market demand are an ongoing part of the corporate ebb and flow.

In an environment where corporate change and career change are the only constants, HR professionals can get better at helping manage transitions for impacted employees. With some understanding of what change means at an individual level, we can start helping people navigate these difficult times in their lives with more grace, clarity, and ease.

The career change process is accelerating and we’re all being asked to pivot in our careers much more frequently than in years past – both by choice and by circumstance. On an average of 2 to 5 years, any given person may quit their job to start a business, fold a business they started, change the focus of a business, move to a new position by choice, or leave a company involuntarily.

In a recent #SmartTalkHR webinar, “How to Help Employees in Crisis Learn to Pivot” I discuss tools for HR professionals to use when helping employees who are facing involuntary career transitions. The following is a quick dive into some of the concepts I discussed. To learn more, view the webinar in its entirety here.

From crisis to pivot

Instead of referring to these big moments of career teams in crisis – midlife or quarter-life crises, where we only get two in our lifetime – we need to reframe the conversation and give people language around pivot and pivot points to create a sense of optimism and remove the perception of personal failure.

Changing the language around career transitions will help people to see that there is nothing wrong with them personally, that change is happening more broadly, and that there is a clear way forward. The term “pivot” is often referred to as plan B, referring to the change in direction a failing company takes to stay in business. When it comes to careers, pivot is a mindset and a method to proactively identify what’s next.

In the case of employees in crisis, they’re not going to feel like they’re getting pivoted because they were successful. But, strangely enough, as I’ve talked to people who have been laid off, their role was restructured or reorganized, or they were put on severance, no one yet has said that an involuntary separation was the worst thing that ever happened, after they processed the shock and emotional transitions.

In fact, just about every person I’ve spoken with has said that they either wanted, or needed, to make a change and that an event at the company was the catalyst they needed. Some have even told me that it ended up being the best thing that ever happened, or that it was a blessing in disguise. In fact, for some people, opportunities and circumstances opened up that they never could have imagined. The key is for people in transition to be able to take the reins back and know that even though these circumstances have happened, they have a choice about how to proceed.

In any pivot, especially if someone gets pivoted involuntarily, there will be a certain amount of shock and surprise and some processing that has to take place. But, after that processing — and often in parallel with it — pivot planning has to happen, it’s how we move things forward.

High net growth individuals are not just asking “What am I earning?” but, “What am I learning?” “How am I growing?” And when those needs for growth are being met, they turn to impact. “What kind of impact am I making in my role within the organization — on the clients that I work with, on my family, on my community, and even in the world at large?” These two needs for growth and impact often go in tandem.

One point to make when helping people navigate a pivot point in their careers is the growth potential. Although the money aspect can be quite stressful, it’s also likely that if their role was no longer a fit, if they weren’t growing, if they weren’t making an impact, this is an opportunity to turn their attention even more towards the two values of growth and impact.

Pivot from a place of strength

I define a career pivot as a methodical shift in a new, related direction that’s based on a foundation of strengths and what is already working for an individual. Career pivots that are the most successful are transitions in a new, related direction. It’s not a 180 degree turn, it’s not starting from scratch, and it’s based on what is already working. Reminding individuals who feel like they’re in a state of crisis that they are not starting from scratch can be empowering, and a good way to turn the conversation from doom and gloom to hope and possibility.

Start with a conversation about what is working, and what the individual sees as success one year from now. Some questions to ask someone who has been pivoted, include:

Sometimes people want to pivot from one industry to another. The key is to look for a small enough change where the work will be related and connected to something that the person has experience with and where they can build in new and resonant directions.

When it comes to the scope of a pivot or next steps, individuals’ risk tolerance and current state usually falls into one of four buckets:

If someone is involuntarily separated from their job, they may be catapulted into the panic zone. The key here is to help them break down the next moves and next steps into manageable pieces. One approach is to suggest an intermediary pivot – a job that isn’t a perfect fit to provide the time to work toward an ideal pivot while fulfilling the need for a paycheck to meet basic needs.

The key to helping someone pivot successfully is to use the language of pivot and to address the zone the individual is currently in. If they’re in panic zone, break things down into smaller next steps or next moves that are tied to their strengths and what’s already working.

Remember, the person you’re working with is not starting from scratch. They’ve likely already pivoted multiple times, but now you can share some positive messaging and a framework to help them see the opportunities before them. When you introduce the language of pivot, ask the individual how they have pivoted successfully in the past and how they landed in their current position – by choice or by circumstances? One important thing to know when helping someone to pivot, not everyone is going to have the same pivot strengths.

Some people make every single pivot based on serendipity of their network coming into play. They just happen to bump into the right person at the right time over and over again. Other people are strong at proactively finding opportunities, while others might be skilled at pitching project-based work and starting part time. There’s a wide variety of ways people pivot.

If you want to hear more about helping others learn to pivot, including the four stages of the Pivot Method, watch the entire webinar here.

Jenny Blake is a career and business strategist and international speaker who helps people build sustainable, dynamic careers they love. She is author of the book, PIVOT – The Only Move That Matters is Your Next One, available through Amazon.

find out what we can do for your organization and employees.